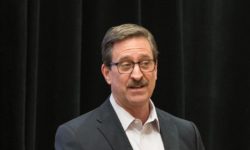 A few months ago I sent a LinkedIn job lead to a young man I met 2 years ago. A friend of mine asked me if I could give him some advice at the time on selling. We then connected on LinkedIn. And a
few months later I sent him this job lead.

Four months later he replied to the job lead. And he was grateful and said some very nice things, but it was four months later. What does that tell you? What it tells me is that while he is on …