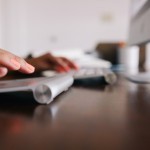 One of the things that makes business move so much easier is trust. (It’s good in your personal life also). And it is interesting to me all of the ways people talk about building trust. They mention characteristics such as:

Given the validity of all of these I was struck recently by an article in Wired Magazine about how humans trust in robots increases when robots share their vulnerability. I mean isn’t that one of the reasons we want to deploy robots: so we don’t have to worry about their vulnerability?

It turns out that in studies where the robots expressed doubt in their ability to perform an action (make a turn or sense ice on wings of a plane) the human operator had more trust in the robots ability and they gave the robot greater control. This in turn resulted in fewer mistakes. Where robots did not express doubt, the human operators would take control from the robot when it behaved unexpectedly (in accordance with it’s rules and programming).

What does this mean for us as leaders? Could it demonstrate the vulnerability might improve our influence? What do you think?