Working with Tom’s organization (not his real name) was intense. You ate what you killed… period. In addition, if a colleague had an account you wanted, you could steal it. There was very little cooperation and Tom’s sales team washed out at a rate of about 45% per year. I should add the revenue line was not meeting the investor goals.

There has been a philosophy of survival of the fittest in the west since Darwin. It is deemed natural that competition among organizations and within organizations was the “natural” order. I am not sure that is a correct interpretation. I often see Darwin’s evolution as the survival of the “adaptable”.

Lately there has been increasing evidence that cooperation, even altruism, can lead to greater success in groups.  If we look just at the history of the human species and the evolutionary leaps made, they were made because of cooperation. As in: 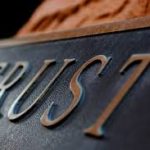 In his book Sapiens, Yuval Noah Harari makes the case that cooperation is why Homo Sapiens have risen to the top of the food chain. Our ability to cooperate is what truly helped us.

I remember years ago when Steve moved to Denver. There was a big Healthcare System and Doug (based in Atlanta) was friends with the CFO. Doug flew in and helped to start the relationship and together Doug and Steve reached an agreement with the system. For five years, this client produced $250,000 a year in revenue for the organization and Doug and Steve split the commission. The client got better support locally from Steve. Our company gained $1.25 million in new sales all because everyone decided to cooperate versus compete. A little piece of something is better than a whole lot of nothing.

I hear lot of complaints about teamwork in organizations. Or how managers can get their teams engaged.  Gallup’s most recent number shows 67% of the US workforce is unengaged at work. Is it any wonder? Would you actively engage and support someone you are in competition with?

You create teams by the way you communicate. Is your language cooperative? Does it demonstrate that you care for each other? Does it reflect that you care about your customers? Or, are your customers just accounts? Are you hunting them or enrolling them. Language matters.