I don’t know about you but I work in an interdependent world; A world where I rely on others and they rely on me to get things done. For some time now I have been observing a trend. People will commit to an action; it could be any number of things ranging from a follow-up letter, to an answer they did not have at the time. In other cases it could be as big as getting the contract out the door to close the deal. 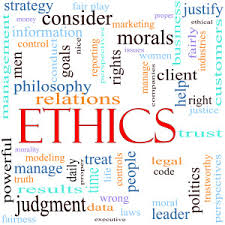 Steve (not his real name) was a great guy. He cared and was very committed to success. However he was also committed to “saving face.” We were working with a large academic medical center and there was concern about Steve’s inventory management. Each time we would meet with the client Steve would promise a “fix” by a certain date. That date would come and go. Things would get better and then inventory would get out of whack. Finally the client went elsewhere at an opportunity loss of $250,000 a year in revenue.

Steve did not want to lose the client? He was in my estimation not a liar in his heart. And yet he continued to break his word.

What has happened? I don’t know that I have the answer but I do have some observations.  People are busy and they commit to projects without really thinking of all the steps that will be required to make the project come to pass. Things like:

When you commit to a project and you don’t consider these things one of two things will happen. One is you will pull an all-nighter or two to get the project complete or you will miss the deadline. If you miss the deadline you lose trust with your customer and or your supplier.

We have a culture where we see our so-called society leaders, politicians and other celebrities where they promise and then don’t deliver on a regular basis. In fact if you read the strategies for political campaigns it is “how can I appeal to the fringe to win the primary and then race to the center to win the general”. Is it any wonder our approval rating for politicians is so low?

I see an article or two each week on the value of trust and how we want to re-build the trust in (insert name here). Let me suggest an easy way to get started.

Keep your commitments or don’t make them.